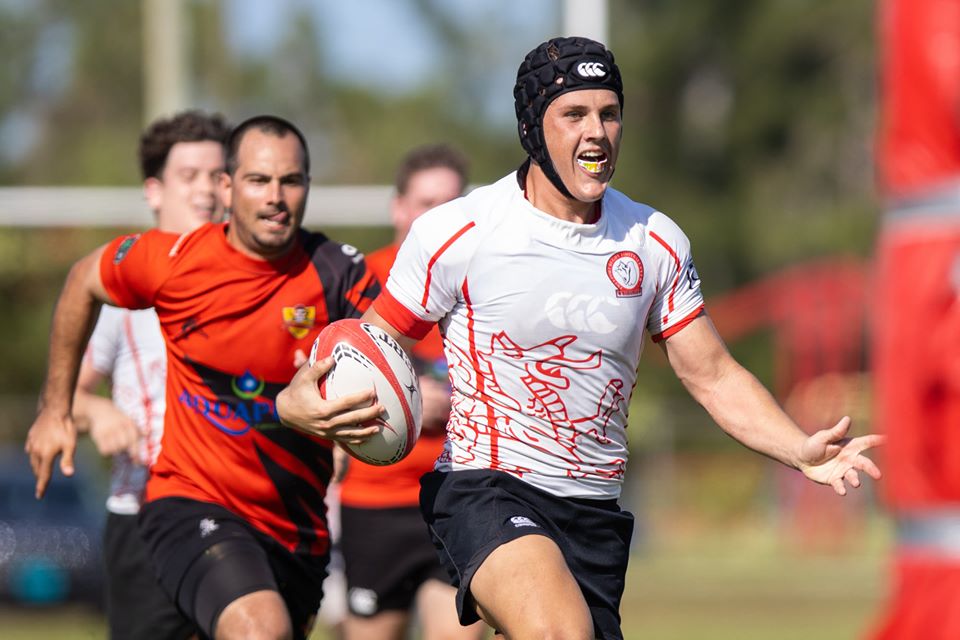 If resilience could be trademarked, Bahamas Rugby would hold the rights.

It’s the nation’s perseverance and dedication to the sport that has kept the game alive during what has been a challenging decade for not only the rugby community, but the country as a whole.

For the first time in three years, Bahamas Rugby is preparing to run a senior men’s international program after struggling to retain players for the last 10 years due to low participation numbers. 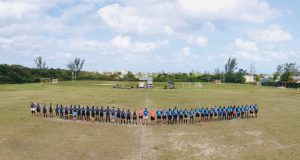 Matthew Williams, who was recently appointed Head Coach and Director of Rugby for the Bahamas Rugby Union, says this marks a major milestone for his staff who have been working to reinstate the program.

“We are under no illusion of the magnitude of the task ahead of myself and coaching group to establish a strong men’s program, but it’s about celebrating small wins, and this is a huge step forward in senior men’s rugby in Bahamas,” said Williams.

During those trying years, Williams added that coaching staff were lucky to have 10 players show up to their weekly national team practices.

With ongoing community outreach and a positive change in team culture, they’re seeing a huge surge in interest with dozens of eligible players turning out to every training session.

“The athletic talent on this island is some of the best in the world and the rugby community and players are super excited to get back into the international arena,” said Williams. “Bahamian people are very proud of their country and to represent it gives great sense of pride to themselves, their community and friends.”

It’s been an agonizing wait for veteran players like Jordon Konq Issac, who have been patiently waiting on the sidelines to represent their country on the world stage.

“A few key players retired, and with the lack of junior program and newer players not streaming in, there was a lull in the number of quality players, but rugby is a life commitment,” Issac said. “Playing for your country is not a small responsibility. Once you understand that approach to the sport, you can experience great success.”

Although momentum for the sport started to build last year, their efforts were put on hold as Bahamians braced for what would be the strongest storm to ever strike the region – Hurricane Dorian.

Stepping Up Amid Chaos

In 2019, Hurricane Dorian killed dozens of people and damaged or destroyed more than 13,000 homes on Grand Bahama Island and the Abaco Islands, both in the upper reaches of the 500-mile-long archipelago.

“[Everyone] had a friend or family member that went through this earth-shattering storm,” Williams said.

When the storm stalled over Grand Bahama Island for nearly two days, it slammed Freeport with nearly 20 feet of storm surge and 185 mph winds, making it the strongest hurricane on record to affect the Bahamas.

The catastrophic storm turned lives upside down, leaving many displaced including local rugby players and their families.

In the weeks following Dorian, the Freeport Rugby Club became a refuge for the entire community.

Williams said the athletic building was transformed into a distribution centre for donated goods and acted as a launching pad for hurricane relief efforts in the area.

“Bahamas Rugby pushed on and enabled Freeport players the chance to play and join a team in Nassau whilst families, communities and homes are getting rebuilt,” Williams said. 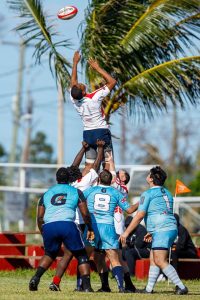 Rebuilding Rugby as a Nation

As the nation continues rebuilding homes, reopening businesses and restoring the spirit of the islands and its people almost a year after the catastrophic storm, Bahamas Rugby is undergoing a major transformation of its own.

The union has focused their efforts on increasing competitive selection and training numbers.

This past weekend, 44 up-and-coming players were given the opportunity to try out for a spot on the national team ahead of a test match against Jamaica in May.

“It was better than we could have expected and the feeling around the players, supporters, families and friends was just great to see a buzz back in and around rugby here,” Williams said.

Fans from across the region turned up to watch the highly exciting match, and more than $1,000 was raised for the youth programs.

“We know we have a long way to go but what a great start,” said Williams.

Williams says they are also working with their Under-18 program to upskill players to eventually transition into the senior and international sides.

“It’s a showcase of the best talent we have in the Bahamas and with an ever-growing junior section we want to inspire, motivate and showcase what rugby can give you and what you can give to the game,” added Williams.

Rugby Americas North announced last month that international rugby will return to Bahamas, as the 2020 Women’s 10s and Men’s Under-19 tournament will take place July 8 – 12 at Winton Rugby Centre, hosted by Bahamas Rugby.