Andry Alfredo Castillo Abreu: From player to coach in the Dominican Republic 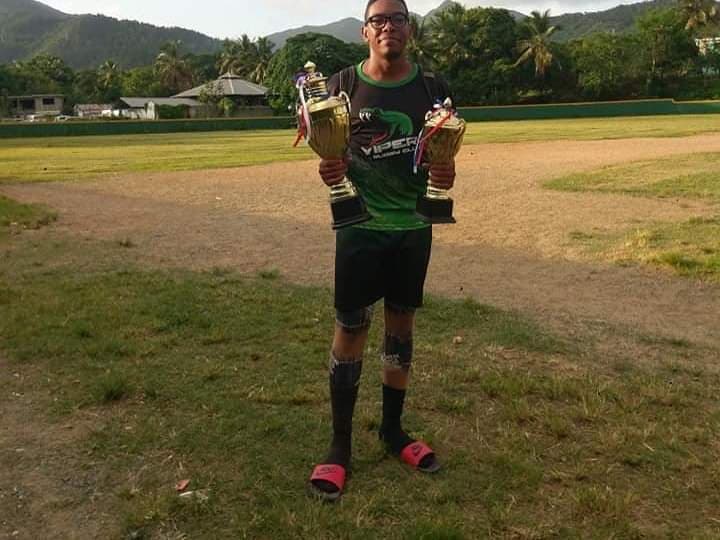 Growing up, Andry Alfredo Castillo Abreu was a basketball player. Basketball was his passion and he felt very comfortable playing it. Then rugby came into his life and gave a different meaning to what he felt about sports.

Castillo discovered rugby through a project by the Sports Ministry of the Dominican Republic in 2015, designed to develop this discipline at a national level. 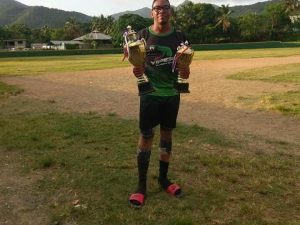 He played center and scrum half in the Dominican Republic’s Sevens Team. It was always difficult for them to complete the roster of the 12 players, but it was never an impediment to participate in competitions.

“This was because there were few people interested in playing,” he said.

As the founder of the Vipers Rugby Club, he took on the role of player/coach. When FEDORUGBY started the courses to train coaches he did not hesitate to join in.

“The passion for rugby was what motivated me the most to become a coach,” said Castillo.

In addition, the official Cuban coach of the national team at that time, Alexis Figueras told him, ‘You have a lot of potential to become a great coach’.

“So, I came to my club with the mentality that I had to grow rugby in my province and two years later I was selected to be the assistant coach of the sevens national team,” Castillo added. 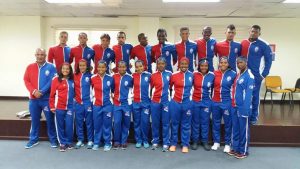 Coaching, a way of life

Castillo has a degree in Physical Education and works at the Pedro Francisco Bono Polytechnic – a public education institution in the Dominican Republic, belonging to the educational district of the Monseñor Nouel province.

“Being a coach is the job I enjoy the most,” he added.

Castillo says that the biggest challenge he has encountered since taking on the role of coach was the taboo of the society that ignored this sport and considered it violent.

“Many children and adolescents who dared to train were prohibited by their parents when they found out. I have been fighting for more than two years to end this misconception,” he said.

“Nowadays, thanks to the development work FEDORUGBY have done, the parents go and support their boys and see it as a regular sport that helps to form their children’s character,” added Castillo. 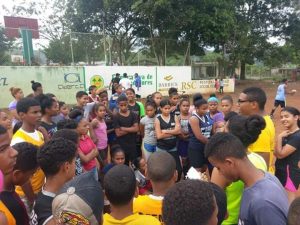 Currently, there are eight men’s clubs and six women’s clubs that participate in domestic tournaments such as: Men’s Rugby 15s, Men’s and Women’s Rugby 10s and National Rugby Tournament Sevens. In addition, they have the support of veteran volunteers who help them with refereeing during these competitions.

Another great obstacle is that rugby does not have its own facilities to carry out trainings for the national team. “We have to wait for the football games to end before we can go into training,” said Castillo.

“The clubs do not have a field either, they practice on a baseball field. Even with these limitations, rugby in the Dominican Republic remains firm in its growth plans,” added
Castillo.

Castillo’s best experience as a coach was the team’s 2017 visit to Mexico, where both national sevens teams gained invaluable international competition.

“It was a wonderful experience that pushed emotions and athletes to the limit because it was a great challenge for the level of play that they found and faced with great gallantry,” said Castillo.

“They did the best job and we were very satisfied with their performance.” 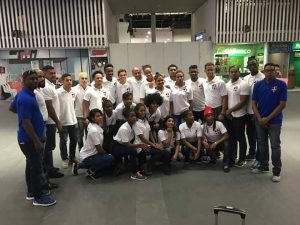 As part of the development initiatives, the national team has participated in talks and school campaigns to promote rugby, as well as activities to support biodiversity. They have also been part of peaceful marches in support of the most vulnerable poor class of the country.

RAN has supported them in establishing a competition structure to increase the quality of their level of play, while also developing school camps that serve to attract young people and children who want to practice rugby. RAN has also provided balls, cones and equipment that help develop rugby. 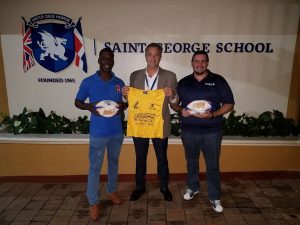 Introduction of the #GetIntoRugby project in schools

Looking to the future

While the pandemic is on-going, FEDORUGBY has conducted video conferences with the players, in order to keep them active before returning to training.

One of Castillo´s great achievements is that eight of the 12 players of the women’s team belong to Viper Rugby Club, as a sign of the great work ethic he has been helping women’s rugby.

With his new job as coach of the women’s national sevens team, Castillo plans to keep female rugby growing, overcome the damage that this pandemic will leave and continue the positive momentum of the sport in the Dominican Republic.