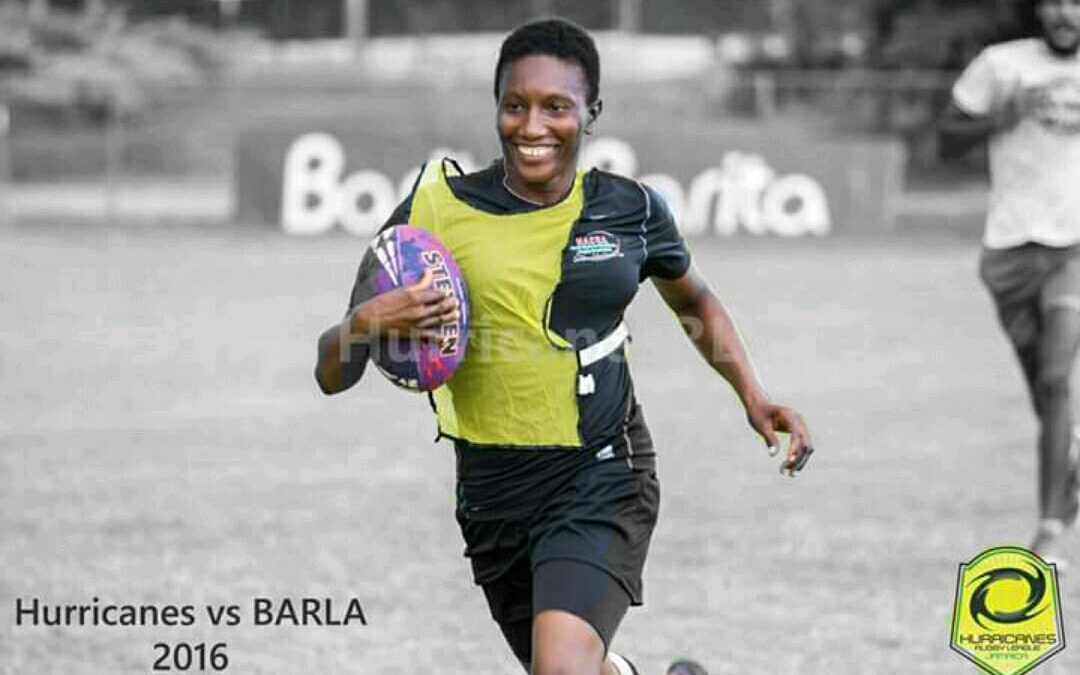 Just a few weeks ago Lisa Frazer was named Head Coach of the Jamaican Rugby Women’s National Team—the first woman to be named as a head coach in the country and one of only a very few women in the position around the world (we’re thinking only 1 of 2?). Rugby America’s North sat down with her to find out more about the position and rugby in Jamaica.

So you started playing rugby in 2005 for Montego Bay Panthers, correct? And you were the only female on the team I hear. How was that experience?

FRAZER: Yes, I started in 2005 for the Panthers, the only female at that point. It was a great experience playing with the guys. I was fearless, and still am! I believe those experiences have enabled me to grow in the sport very quickly. I am forever grateful to Patrick Alexander, my first rugby coach, for being so patient in teaching me this wonderful family-oriented sport.

How long did you play for the Panthers?I played for them for about a year—then started training with the National Team where I started out as a Hooker.
Can you tell me more about the National Team? How long has Jamaica had a women’s team and what is the team looking like now?We have not won a tournament since early 2000, but for now the team is looking good, just some fine tuning and we will be ready for the upcoming RAN 10s tournament in July. We have 28 players in training right now—most are new players. Quite a few are in high school. There are 4 active local clubs from last year. Most of last year we just played sevens, and then 10’s this year. Hopefully we get more sponsors on board in order to facilitate more competitions for the females.

How did you get into coaching?

I was asked by the chairman if I was interested in coaching the women’s rugby team. That’s something I had always aspired to do and I felt so honored to be given another opportunity to serve my country, which is always a Blessing.

Is it accurate that you’re the first female national team coach in the country? Is that a big deal to you and how do you feel about the title?

Yes, I am the first female national coach and it means the world to me. It’s always a great privilege to lead, teach or care in any capacity, at any level. I know it will come with a lot of challenges but the love and passion I have for rugby is priceless and I have so much to offer the national program.

We were so happy to have you at the Atlanta Coaching course during the Women’s Sevens Series. Tell me your thoughts on the course.


The Atlanta Coaching Course was eye opening for me. I learned some simple details of coaching and how to train a team and work on weaknesses and strengths. The entire course was very good. The instructors were excellent in their delivery. One thing that stood out, that I had never thought of before, and was brought to light for me, was “the shape of defending and attacking”. I remember Lisa Rosen showing and asking us [about it] in the classroom, and while we were at the field watching the games.

Tell me about rugby in Jamaica. What are your goals for it’s growth and how has it impacted the local community?

Rugby in Jamaica, for me was on a standstill. But for the past two years it has been growing slowly. It should be much better than it is now, but we have plans and are working towards our goals. We have some high school girls in training, which is a part of our development program. My goal for rugby in Jamaica is to see all teams be number one in the Caribbean by the end of this year. Going into next year we want to take on the rest of the world. Our only setbacks are resources, proper nutrition and players getting enough rest. [The] majority of the players are not working so we are on the downside in the financial area, but it does not stop us—we share what we have and put our all in the game. The country benefits from the youth playing rugby, it stands as a place where one always look forward going to. When I was living in Montego Bay I used to pay my own fare to travel to Kingston to train with the national team, and that’s because of the love I received with my rugby family. When a person is not working, especially in Kingston, there are lots of distractions, so bringing rugby across the inner city is giving people a chance to see that there is hope. Hope that you could represent your country, wear the national colors, to stand in a stadium in a foreign land and sing your national anthem, and to return home knowing you represented well. It is something worth staying out of trouble and bad company for.

What do you do when you’re not coaching rugby?I’m a Physical Training Instructor. When I’m not coaching or playing rugby I’m at work or helping out at a children’s home. Playing some sort of sport at work sometimes. My favorite is spending time with my daughter. In March I also started training with the Jamaican Bobsled team.Well it was a pleasure to chat with you and we wish you great success in the new position. Thank you very much for the interview!
Thank you!