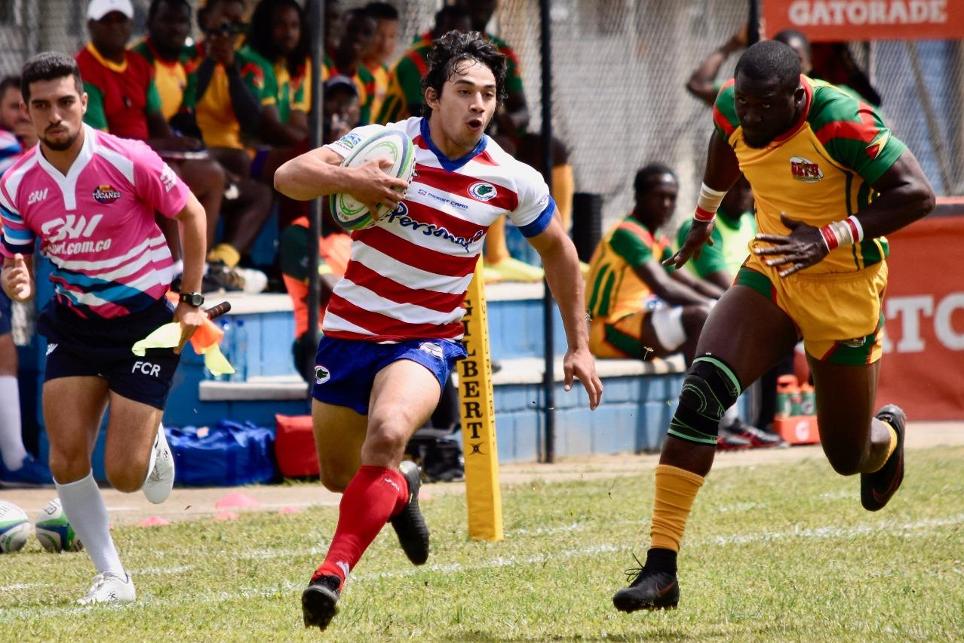 Colombia and Paraguay both enjoyed comprehensive victories over their North American counterparts, Mexico and Guyana, in the second round of the Americas Rugby Challenge and will now play off for the title in Medellin on Saturday.

Colombia and Paraguay will play in a winner-takes-all match on Saturday at the Estadio Cincuentenario, in Medellín, having brushed aside Mexico 45-0 and Guyana 86-7 respectively in the second round of the competition on Wednesday. The title decider will see the two Sudamérica Rugby representatives go head-to-head while the teams from Rugby Americas North will meet for third place.

In temperatures reaching 30 degrees, a good-sized crowd turned up to see Colombia close the day’s action against a Mexican side that proved a stubborn opponent in the first half.

Within the first 15 minutes, fly-half José Diosa landed a penalty and hooker Diego Posada crossed for a try from a driven lineout after Mexican had been reduced to 14 men following a yellow card to flanker Manuel Nevis. But Los Tucanes were unable to add to that 8-0 lead until Diosa slotted his second penalty after 32 minutes.

Colombia finished the half a man short having lost second-row John Alvarez to the sin-bin and were glad to hang on to their 11-0 lead.

Once restored to their full complement of players at the start of the second period, Colombia won a penalty and Diosa duly bisected the posts. Shortly after, Mexico suffered their second yellow card and the effects of defending for long periods eventually took their toll as Los Serpientes conceded tries to winger Neider García and centre Juan Davila in the space of seven minutes.

As the Mexicans continued to tire against the dominant Colombian pack, gaps opened up in defence and a converted try from replacement Alejandro Vanegas took them into a 31-0 lead with 13 minutes remaining.

Each side lost a further man to the sin-bin either side of a score for Diosa, which he converted himself to take his tally for the match to 20 points, before number eight and captain Sebastian Mejia Gil closed off the scoring in the 77th-minute to make the final score 45-0.

Guyana were no match for Paraguay in a game that was decided by the end of the first quarter.

Paraguay scored 13 tries – five of them inside the first 20 minutes – to inflict a second heavy defeat on Guyana who had been beaten 71-7 by Colombia in the opening round.

Fly-half Sebastian Urbieta kicked a third-minute penalty before number eight Leonardo Glitz started the try-scoring spree shortly after. Glitz added a second late on and scrum-half Renato Cardona also helped himself to a brace, while winger Juan Gonzalez went one better with a hat-trick. Urbieta kicked 10 conversions for a 23-point haul.

Ten minutes into the match, Paraguay scored their second try through prop Santiago Cabrera and he was quickly followed over the whitewash by Cardona, Gonzalez, full-back Hector Gayoso and centre Camilo Orrego. With Urbieta on target with all his conversion attempts, Colombia led 41-0 after only 22 minutes played.

Selwin Henry struck back with a try for the Green Machine just past the half-hour mark but Los Yakarés ended the half by scoring three more times, Gonzalez and Cardona grabbing their second tries of the match together with one for hooker Cesar De Brix.

Having established a 60-7 interval lead, Paraguay took their foot off the gas in the second half and only managed four more tries. Within seven minutes of the restart, Gonzalez claimed his hat-trick but it was only when Guyana lost Sean Phillips to the sin-bin that they scored again, through replacement Gonzalo Alvarado.

Glitz’s converted try made it 79-7 with 13 minutes to go before centre Mateo Arevalos added his name to the scoresheet.