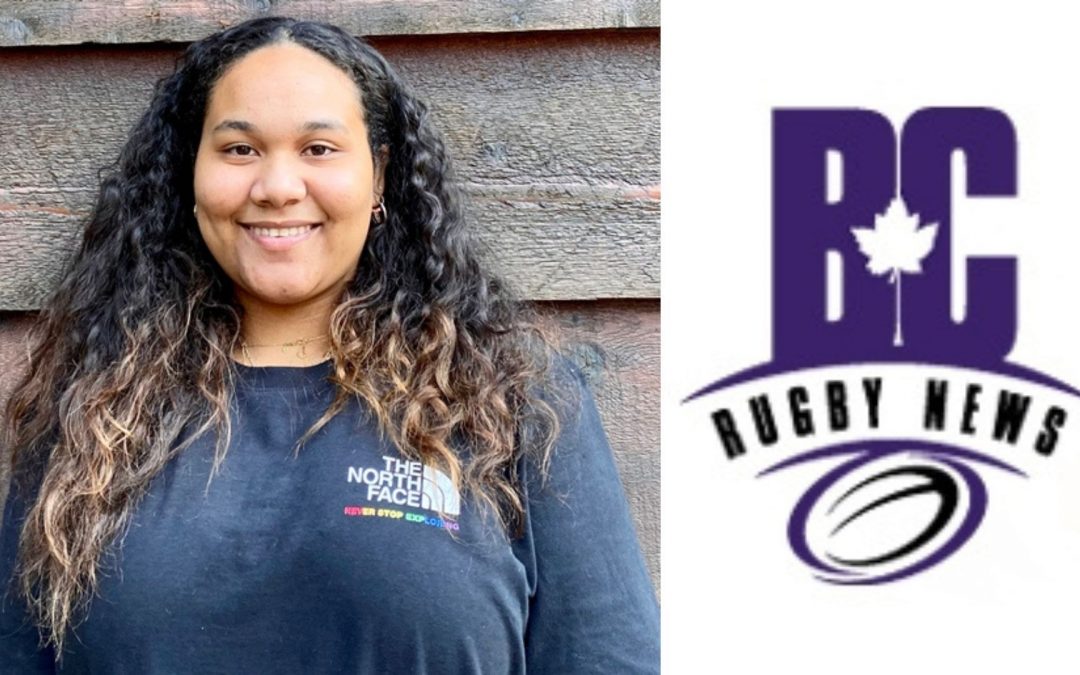 The name belongs to an eighteen year old Canadian girl who had the privilege of growing up in a small island in the Caribbean, Barbados. One who enjoys writing about people’s experiences and sharing stories for those who aren’t able to share it themselves. But I know in the culture of rugby, last names have a larger impact than first. So let’s focus on mine for a minute…

To most of you, the Whipple name is a familiar one, that of Joe Whipple, international rugby coach and former rugby player. However, I just like to call him dad. As the daughter of an international rugby coach, I could throw a rugby ball before I could even walk. Growing up, he instilled the culture, values and discipline of rugby into my everyday life. In Barbados, my dad coached and played alongside many talented players. I had my immediate family: my mum, Stacey Whipple, born and raised in Guyana and my dad, Joe Whipple, born and raised in Canada. Then I had my Barbados rugby family. My dad also travelled to rugby tournaments all over the world, and next to him I sat with my matching oversized jersey. This exposed me to some amazing people, cultures and cities, whilst also learning the game.

I think this is what fueled my love for English in school, as the class gave me another way to experience different people, cultures and cities. As I began high school, I focused more on my studies. Although, I did play some rugby at school, alongside swimming, field hockey, and volleyball. In 2015 I played with the girls BRFU team for just over a year. However, I turned my focus back onto school just before my A-levels and O-levels.

In September 2020, I attended Vancouver Island University. However, it wasn’t until January 2021, when I enrolled in a journalism class with Stephen Hume, that I truly began to enjoy my university life. I hadn’t taken a journalism course before, and it had nothing to do with my desired career. Nevertheless, it was a course that piqued my interest since I already loved English. I had so much fun learning about different article styles. I wrote articles from, an interview on Bill Norrie, a guy who sailed around the world, to an article on Emily Carr, an artist whose art was inspired by Indigenous culture.

When my dad heard who my professor was, he laughed. The name Hume stood out to him. Turns out he played rugby at Velox RFC in the 1970’s alongside Mark Hume, Jon Hume, Andy Hume and, under Jim Hume. These are Stephen Hume’s brothers and father respectively.

The irony stemmed further, as a professor of journalism at VIU, forwarded an email from Mark Bryant, editor of BC Rugby News. The email spoke of an internship where the recipient was to write articles for BC Grassroots Rugby and BC Rugby News. It would be a chance to promote the stories of indigenous societies across Vancouver Island, whilst connecting them to the rugby world and diving deeper into the world, myself. It is an opportunity of a lifetime, how could I turn it down!

With BC Rugby News, I am given a national platform where I can write on current issues in rugby. It is the site for Canadian rugby and provides commentary on Canadian rugby issues, as well as videos of international and national matches. It’s a site even my dad and his friends go on to watch matches and get updates.

Meanwhile, with BC Grassroots Rugby, I have the ability to share the development of the foundation as the underwritten base of rugby, and its overall goal. BC Grassroots Rugby Foundation, aids and connects kids, from all backgrounds, with rugby, in order for them to “participate in pro-social development through organized sport”, as written on their website.