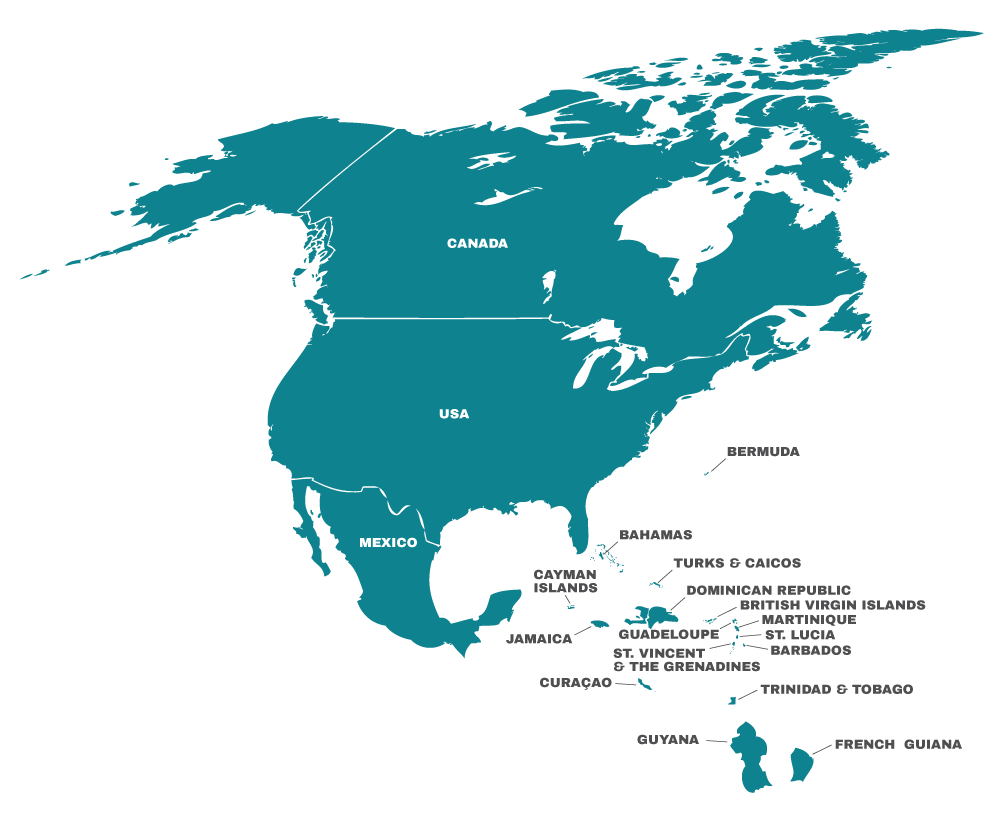 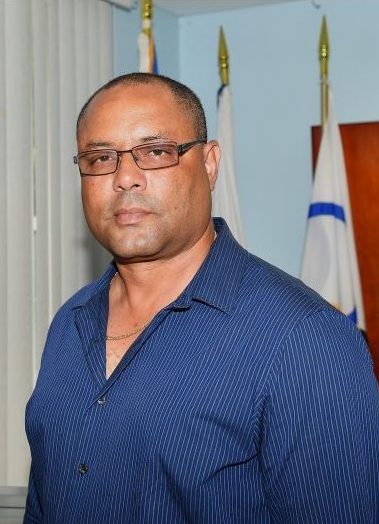 George got his start in Rugby during a stint at the International School of Kuala Lumpur, where he was accompanying his father on his one year sabbatical. Upon returning to Barbados in 1984, George restarted rugby at Harrison College and at age 17 was invited to National training. Thus began a Rugby career that would span 22 years as a player and 14 years as a referee. George captained Barbados in the 1999 RWC Qualifier against Bermuda in 1997 and played rugby until 2006. George served as President of the Barbados Rugby Football Union between 2008-2014, and was elected to the Executive Committee of NAWIRA (subsequently NACRA and now Rugby America’s North (RAN) in 2008. George has served on the regional Executive Committee for 8 consecutive years. 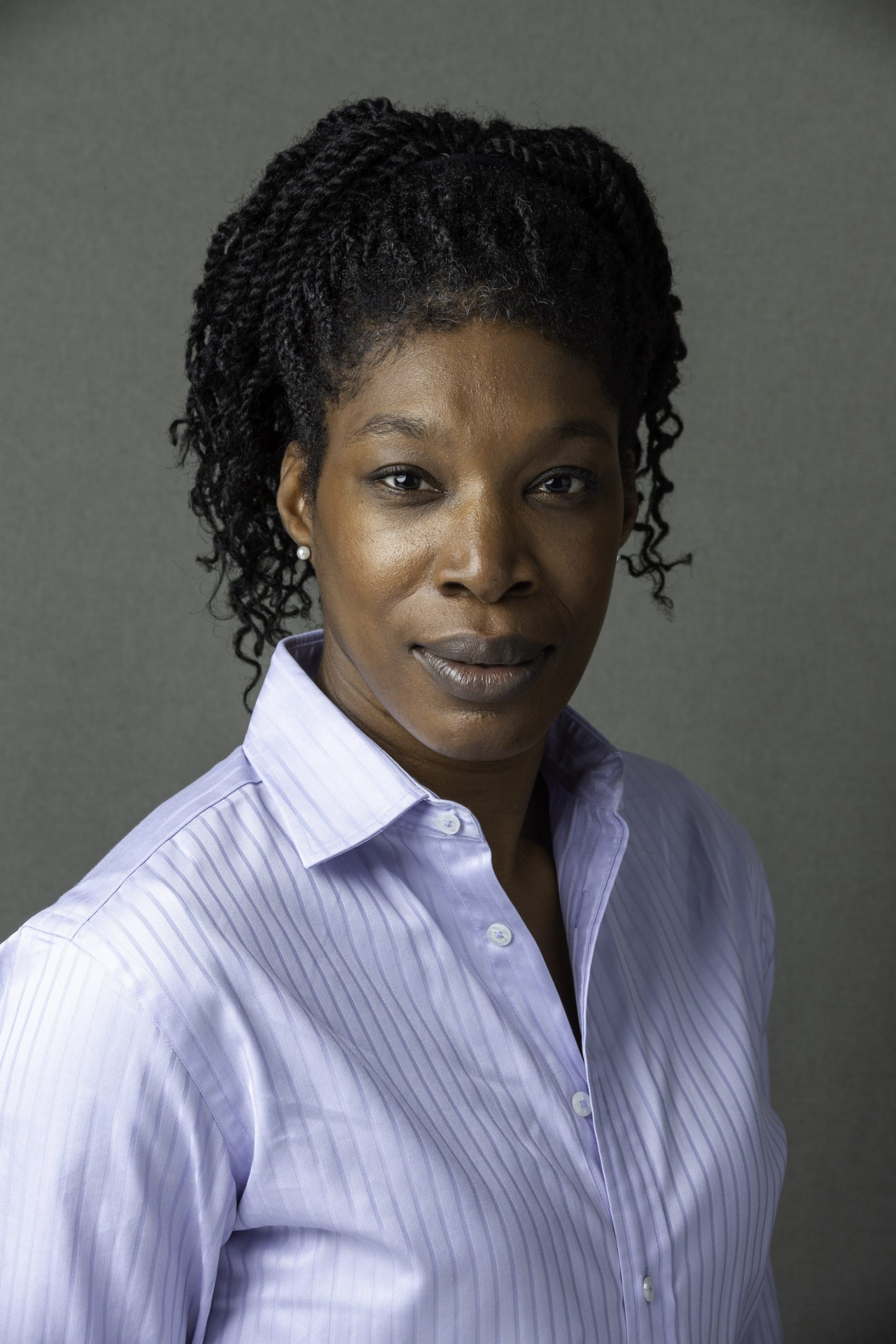 Former Canadian national rugby player and recent addition to the Rugby Americas North’s Executive Committee, Dr. Araba ‘Roo’ Chintoh, is a woman on a mission. As one of the first ever recipients of the prestigious World Rugby Executive Leadership Scholarship programme for women, Roo says she is committed to breaking down the existing male-dominated rugby network by lending her hand to developing and empowering women across the entire fraternity.

In between her ‘day job’ as a Physician and Clinical Investigator in Schizophrenia at Canada’s largest Mental Health Teaching Hospital, this 42-year old self-confessed ‘nerd’, rugby lover, and new mom shows no signs of slowing down in her quest for gender equity in the region. 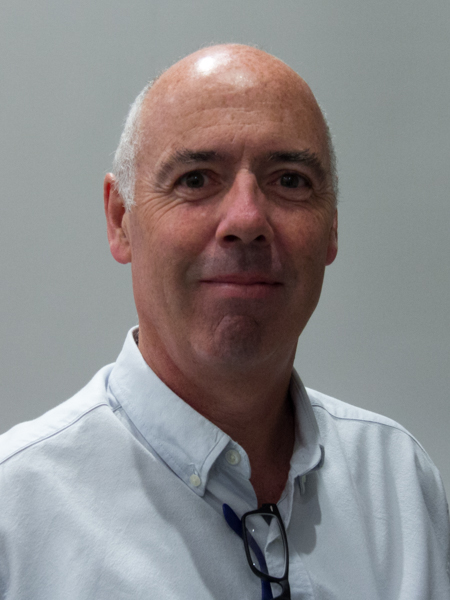 Miguel started playing rugby at the French Lycee in Mexico city when he was 12 and went on to play Junior Rugby (Centre) and championship with the French Lycee. He later founded the Wallabies Rugby Club in Mexico 1979 and won the Senior National Champions 3rd year in 1981. The Club still exists and has had 9 championships. Miguel also played on the Mexico National Men’s Team and later was a cofounder of Black Thunder Rugby Club with his son Miguelito and their friends. 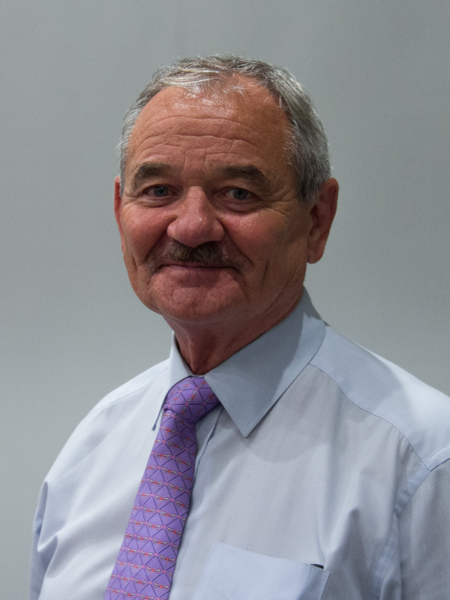 Dennis is the former President of Rugby Americas North. He served in the position from August 2013 to August 2017. Formerly the Head Coach of the Bermuda National team and President of the Bermuda Rugby Football Union, Dennis has also had a long career as a referee and for over a decade was ranked as the most senior referee in the West Indies. He’s held the whistle for over 25 internationals, including four Caribbean Championship Finals. He also served as President and Chairman of the West Indies and Bermuda Referee Societies respectively, as well as a World Rugby referee assessor, citing officer and judicial officer. 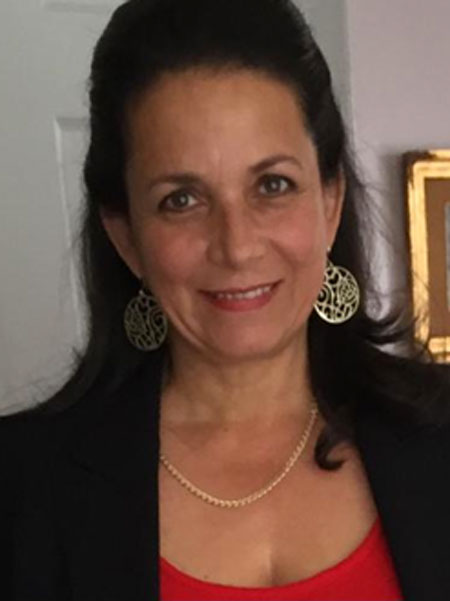 Cristina’s passion for rugby started from her first game, playing at University, in New Brunswick, Canada in 1979. When she moved to Southern Ontario in 1983, there were no women playing rugby, so she joined the St. Catharines Rugby Club Board and became the Fixtures Secretary.

After having her 3 children, she attended McMaster University for a 2nddegree and started to play again with the University’s rugby club and with the Hamilton Hornets Rugby Club, going on to win the Niagara Rugby Union (NRU) championships 3 years in a row.

In 1997, the Hamilton Hornets hosted the PARA (Pan-American rugby Association tournament) and Cristina’s languages came in handy when she became the Canadian Liaison for the Uruguay and Argentina Teams.

She then joined the NRU Board of Directors, and went on to Chair the Organizing Committee for the Canadian Women’s National Championships for the next 3 years. Cristina is still involved with Kit Aid , and raising money for Women’s rugby in Canada and Mexico.

She still plays touch rugby with the Niagara Old Boys. 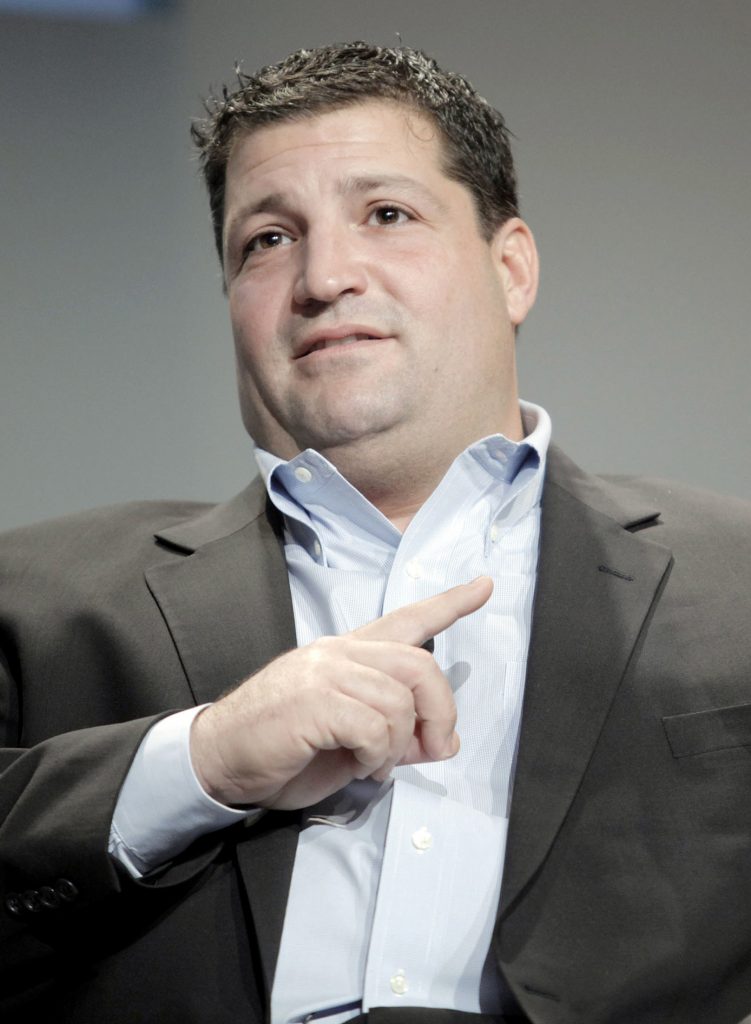 Paul Santinelli is an inveterate rugby player, having played more than 30 years at all levels of the game and is currently the CEO of Rugby ATL in Major League Rugby. His professional experience is that of an entrepreneur and venture capitalist where he is currently a part of Raptor Sports Capital that has a focus on investments in sports, tech, and media. He has broad experience in executive operations and governance with both corporate and rugby organizations.. 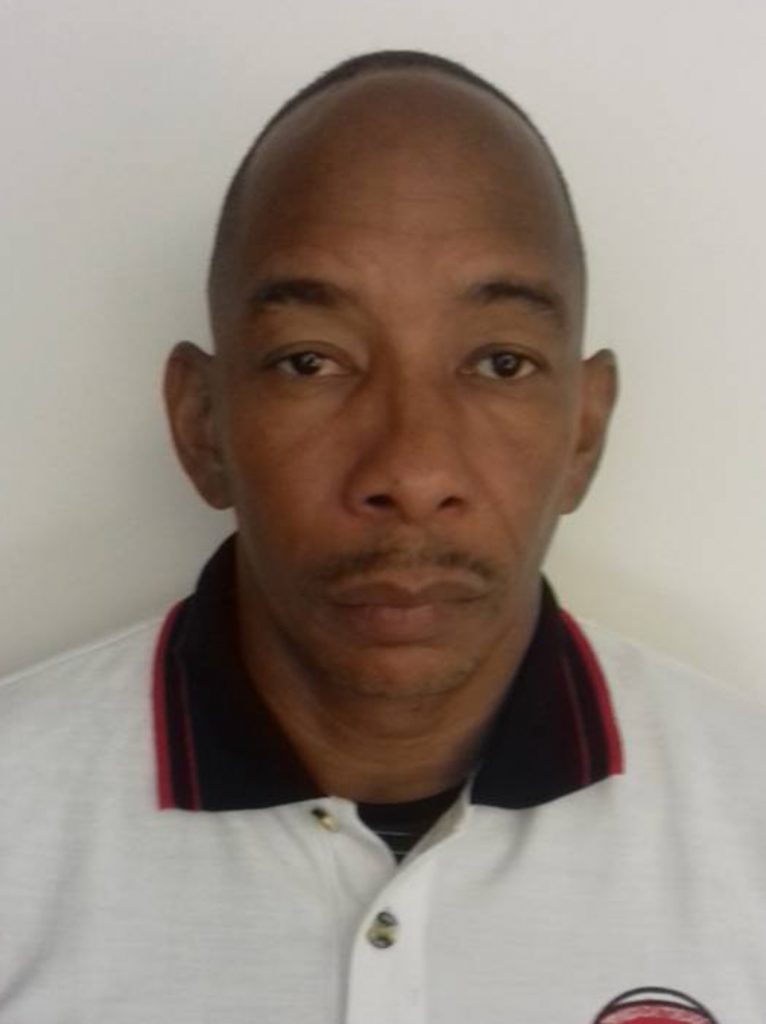 Trinidadian by birth, Wayne Pantor currently holds the position of Technical Director for the Saint Lucia Rugby Football Union and has been instrumental in the complete revival of the sport on the island over the last two years. A retired member of the Trinidad & Tobago’s Defense Force, Pantor also held the position of Technical Director for T&T RRFU.. 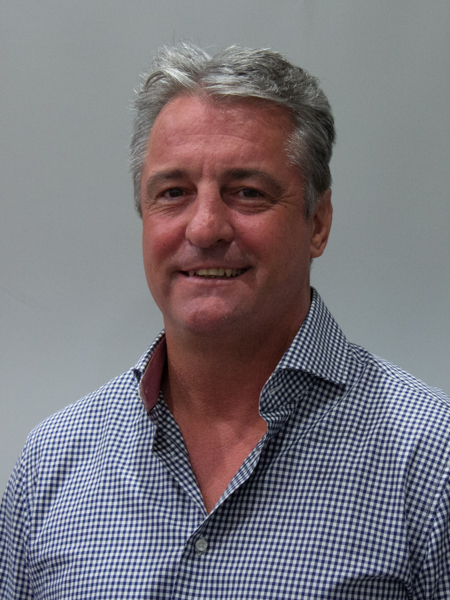 Niall is the General Manager of RAN and the former Chief Operations Officer. Niall has extensive knowledge and experience of rugby in the region having first began working for NAWIRA (North America West Indies rugby Association) in 2003 as it’s Development Planning Officer. Originally from the UK, Niall has lived and worked in North America and the Caribbean since 1992 and is a Chartered Accountant by profession having also spent over 24 years in the financial services sectors in the Cayman Islands and the British Virgin Islands (“BVI”). He also holds a B. Sc. (Hons) Degree in Physical Education, Sports Science and Recreation management from Loughborough University, England. Niall resides in the BVI from where he leads a team of four RAN staff members and oversees the finances and accounting function of RAN, communications with World Rugby, Corporate Governance, marketing and RAN’s administration, as well as the organisation and delivery of RAN’s competitions. 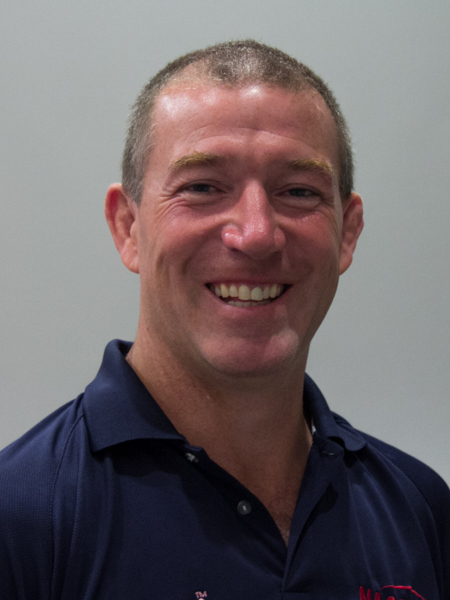 Scott Harland was previously the Regional Development Manager for Rugby Americas North beginning in 2008. Scott started coaching and refereeing Rugby in 1987, and has done both at national and international levels. Scott helped start high school girls rugby in Winnipeg and Saskatoon, and has spent much of his coaching career focused on building the sport for women and girls. As the Regional Training Manager and a World Rugby accredited Trainer, Scott directs Training and Education personnel and programs across North America and the Caribbean. He still plays rugby whenever he can.
Contact 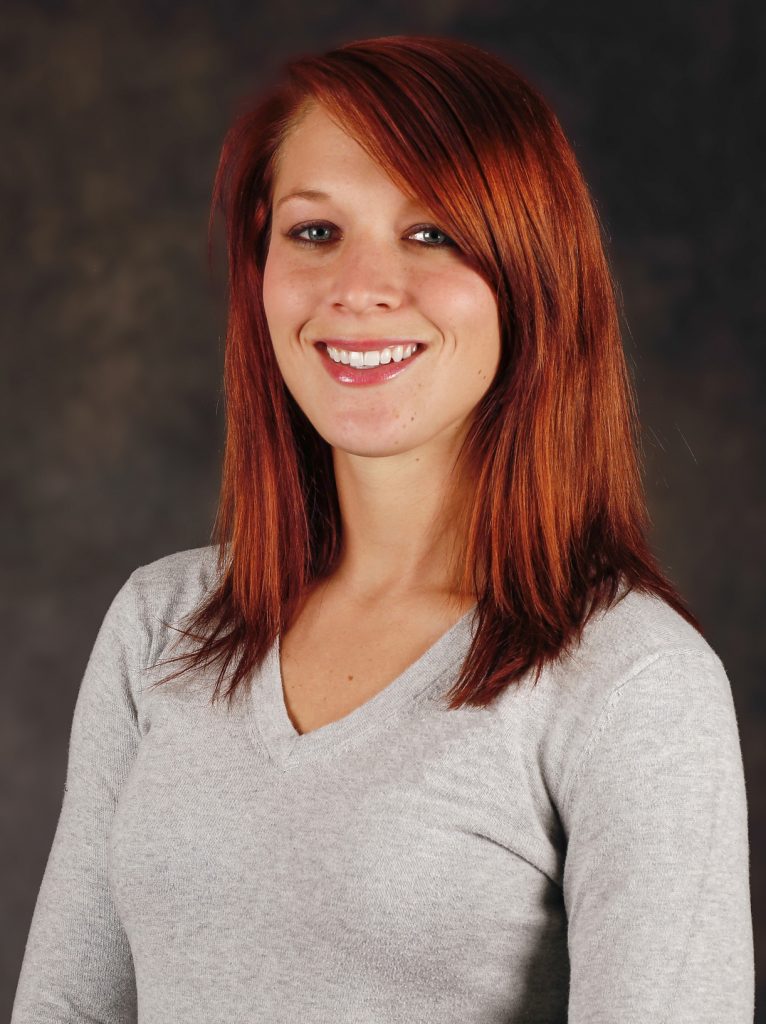 Kennedy grew up as a multi-sport athlete in northeast Pennsylvania, graduated from Marywood University, and attended graduate school at the University of Denver for Sport Psychology. USA Rugby was Kennedy’s first job post, where she oversaw youth programs. At the time she also began to pursue playing and coaching.

Kennedy has previously worked with RAN, USA Rugby, Rugby Canada, and the International Olympic Committee on youth programming and the Youth Olympic Games.

Her background is in rugby development, programming, and administration, with over ten years working in rugby.

As a co-founder of Girls Rugby, Kennedy built youth programs from the ground up. Girls Rugby provides programming for young girls aimed at leadership development and empowerment, and in under one year in existence is has grown to serve five locations throughout the US. 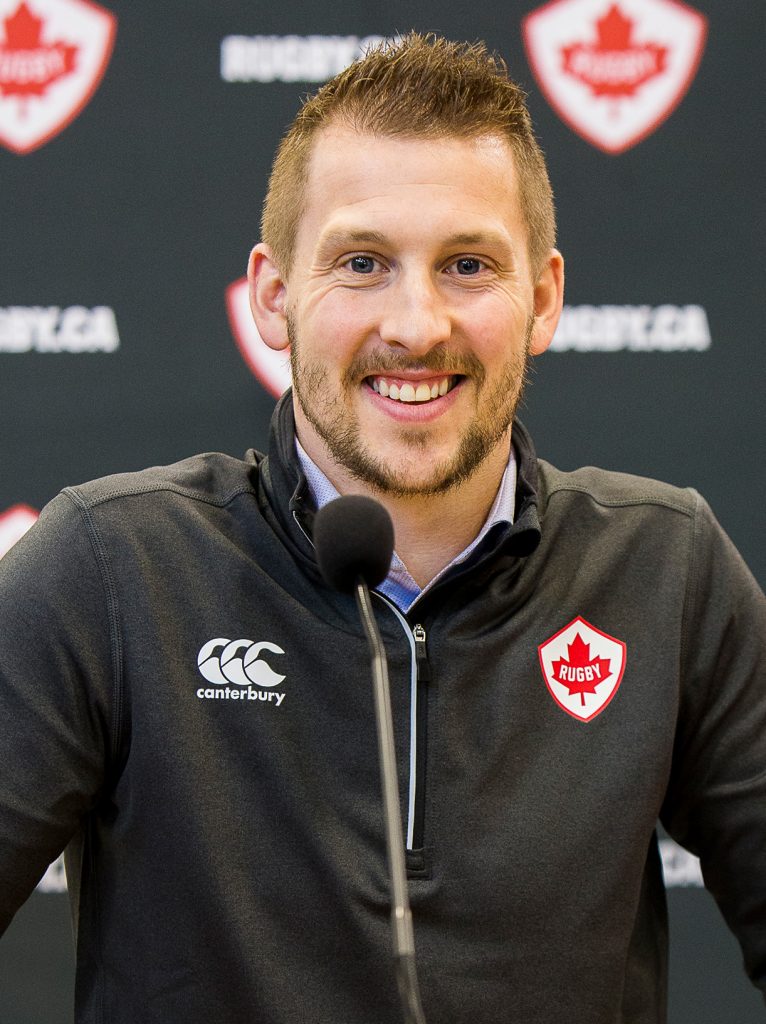 Bryan was hired as RAN’s Communications Manager in 2019. The expanded role comes as rugby in the Americas Region has been rapidly growing, and the presence of robust digital media, commercial and communications coordination across all unions will help power rugby development and competitions in the hemisphere to the next level.

Kelly comes to the organizations with an impressive resume. During his tenure at Rugby Canada he helped Rugby Canada gain over 230,000 social media followers, which is the 3rd largest amongst Canadian national sport organizations, as well as helped to build the HSBC Canada Sevens tournaments from the original idea to being voted the best stop on the world series.

Kelly served as the press manager for over 100 Canadian test matches and international games and 13 HSBC World Rugby Sevens stops. The roster of prestigious events Kelly has been a part of include the Toronto 2015 Pan-American Games, 2014 & 2017 Women’s Rugby World Cup in France & Ireland,  2015 Rugby World Cup in the UK, 2016 Summer Olympic Games in Rio de Janeiro, and 2018 Rugby World Cup 7s in San Francisco. Before Rugby Canada, Kelly worked as an intern for the Edmonton Oilers in the National Hockey League in their social media and communications department. 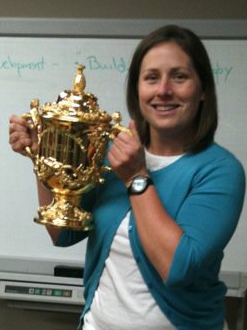 Jennifer is a sport management professional with more than 12 years experience working in rugby.  Jennifer started her rugby administrative career working for USA Rugby, where she served as Director of Operations and as Event Director for the historic USA Rugby vs. New Zealand All Blacks test, which sold out Soldier Field, in Chicago, IL.

Jennifer’s playing career spanned more than 10 years in both collegiate and club rugby in the United States and after hanging up her playing boots, she went on to become a referee–successfully officiating three USA Rugby National Championship Finals.  She has been involved with the game as a player, referee, or administrator since 1999.

Jennifer is a graduate of Mississippi State University and resides in Lafayette, CO.