A Time of Innovation and Positive Change for Women’s Rugby: Maria Thomas 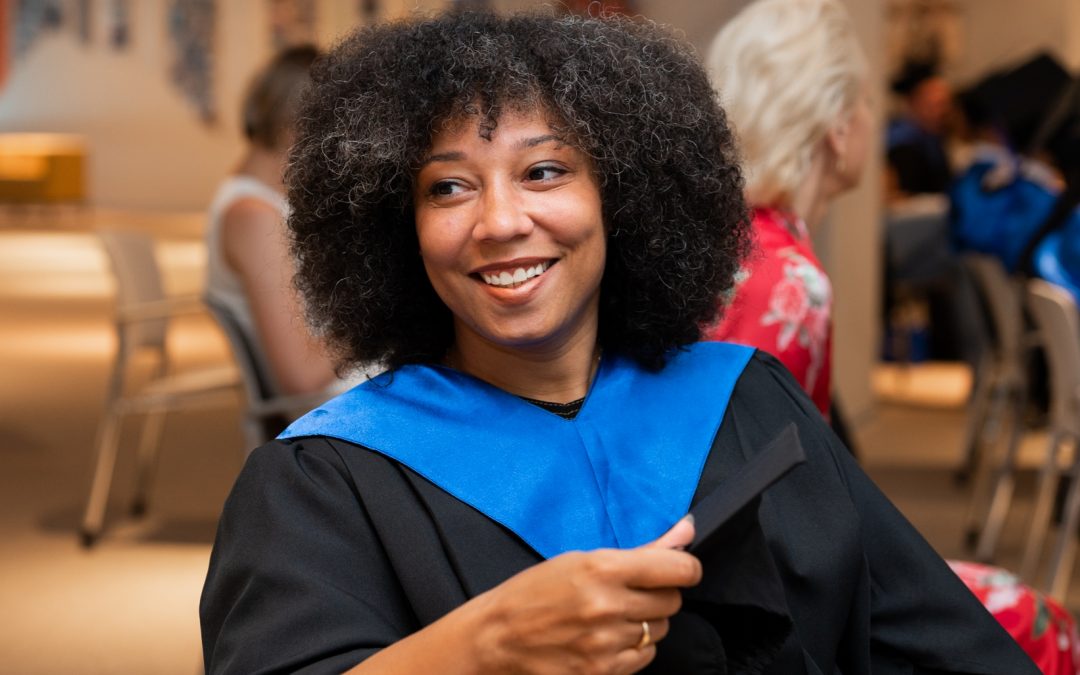 Maria Thomas is a Rugby veteran. Still playing the game after an impressive 20 years, this Canadian-born, Welsh-Trinidadian shows no sign of slowing down – both on and off the pitch.

As the Hon. Secretary for the Trinidad and Tobago Rugby Football Union (TTRFU), Trinidad and Tobago national and international Rugby player, passionate women’s rugby advocate, mentor, and amateur fire-blower and stilt-walker, it’s obvious that Thomas is a woman of many talents!

After originally founding and operating an early learning institution in Trinidad, Maria has now officially dedicated all of her time to the sport she loves, recently graduating with a Master of Sports Administration (MSA) from the Russian International Olympic University in Sochi, Russia.

Over the years, Maria has played with a range of local, regional and international rugby teams including the University of the West Indies (UWI), Caribs, and Police RFC (Trinidad and Tobago), the Swansea Cygnets (Wales), Aptoella Angels (Canada), and the Canadian Jamaican Lady Crocs (Canada/Jamaica).

She has competed for Trinidad and Tobago at numerous international tournaments on home soil, in the USA, Mexico, and Barbados, as well as at the Olympic Games Qualifier in the Cayman Islands in 2019, and made history being a part of the first Caribbean Women’s Rugby team to participate in the Pan American Games in Peru the same year.

Not only that, Maria has also lent her hand to the role of Assistant Coach for the Curacao National Women’s Rugby Team, and to date remains a formidable national rugby player for Trinidad and Tobago, as well as for the Guardian Angels Rugby Club in Ontario, Canada. Although she is currently capped for Trinidad and Tobago in 7s and 10s, she says she is very much looking forward to 15s becoming part of the national program again.

As the first and only woman sitting on the TTRFU Executive Committee, and a member of the Rugby Americas North Women in Leadership Directive (WiLD), Thomas says she is keen to use her presence at the table to open up opportunities for other women to step forward into similar leadership roles in Rugby, now and into the future. 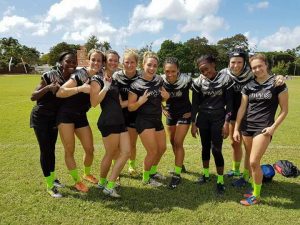 As someone interested in all facets of rugby, Maria has made it her mission to undertake an extensive list of qualifications through World Rugby and other institutions in areas such as women in leadership, athlete development, sports administration, coaching, first aid and mental health.

In 2018, she was notably a recipient of the prestigious World Rugby Women’s Leadership Scholarship, which she says is a once in a lifetime opportunity. “The World Rugby Scholarship allows me to participate in so many different types of learning experiences with people from all over the world. I’ve attended the International Working Group on Women In Sport in Botswana, studied leadership certifications, and travelled to network with inspiring rugby mentors and peers.”

Last year, Maria was then put forward by the Trinidad and Tobago Olympic Committee to participate in the 10-month on-campus MSA Program run by the Russian International Olympic University and supported by the Pan Am Sports Organisation.

“My passion is the Rugby community,” says Thomas. “So, when I was accepted into the MSA Program I knew that I wanted my research to focus on the strong (and infamous) rugby support network that we all know and love. It’s something that I haven’t really found with the same intensity elsewhere, so I was curious to investigate it further, especially as it relates to women.” 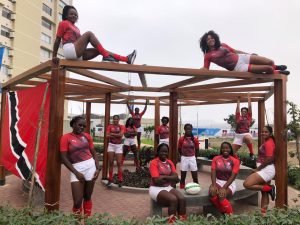 Maria’s journey to completing the MSA in Russia in June was guided by her determination to raise the standard of rugby administration in the region through the inclusion and support of more women in all areas of the game, including in decision-making positions.

“I have found that there is such a strong comradery for women when we are playing, but there seems to be a gap once we stop the on-field action,” she says. “In my experience, once you start to move into life after playing rugby, the continuation of that kind of support is less common for women; it becomes more intentional, rather than natural. We find women are dropping off the radar in terms of transitioning into the fabric of the rugby administration once there is no longer the option of playing.”

Using these observations to guide her MSA thesis, Maria conducted a case study on Guardian Angels Rugby Club in Canada to research the representation of women in rugby leadership roles off the field, with interesting results.

“I expected having children to be a primary reason for women to leave the game,” says Thomas. “However, the data I collected indicated the absence of a sense of peer community was one of the major factors in not retaining women in rugby. With this in mind, I am hoping that we can now start to find more ways to continue this pivotal support system for women so they are motivated to take on the exciting leadership and development opportunities in rugby.”

When asked about her vision for rugby in the region, Maria says she would like her research to contribute to making the sport accessible to everyone. “Not just on the playing field, but in all positions that are needed to make the administration of rugby successful. The time is now. We are in a time of innovation and positive change, and we are witnessing an empowering movement for women in sport – I’m really excited to be part of it.” 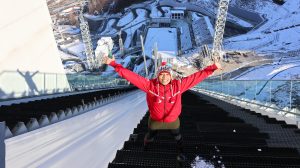