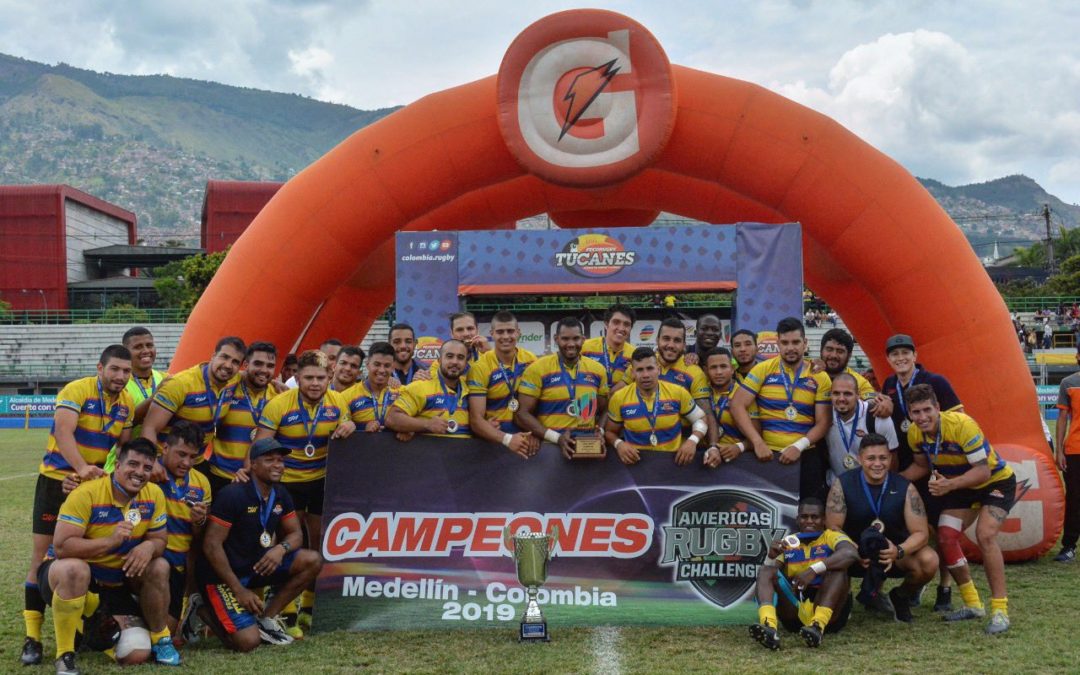 Colombia trounced Paraguay today to win the Americas Rugby Challenge (ARCh) title. Los Tucanes were 54-15 winners which was a record margin and saw the Colombians retaining their ARCh title and remaining undefeated in the tournament after two editions of the competition.

Los Tucanes were on top throughout the contest. Their early dominance saw them running in four tries before Paraguay was able to score for the first time. Early tries were scored by Jhojan Larotta (2), Neider García, and Arley Urrutia.

Not only was Colombia able to exploit Paraguay’s defense but Los Yákares also had disciplinary problems which would see scrum half Gonzalo Bareiro yellow card in just the 13th minute.

Paraguay would score their first points in the 27th minute. Touching down for Los Yákares was Renato Cardona. The try would be unconverted though Paraguay’s second, scored eleven minutes later by Diego Ardaña, was converted by Enzo González.

The two tries saw Paraguay going into half time trailing 26-12. They would need to improve their defense greatly to be able to fight back in the second half. It did not turn out as such as Paraguay scored just t3 second half points while Colombia scored 28.

Juan Sebastián Giraldo would score twice while Neider García would add to his opening half try and Gerson Ortiz would also score. Captain José Manuel Diosa would convert all four to add to his three from the first half.

The match marked the end of the test match career of Diosa. Aged 30 he played his final international for his country today, scoring 14 points to sail off in the sunset as Los Tucanes’ all-time leading point scorer.

Paraguay’s tournament will not be remembered so fondly. Their second half against Colombia was highlighted by further defensive issues and a final minute red card to Martín Sitjar.