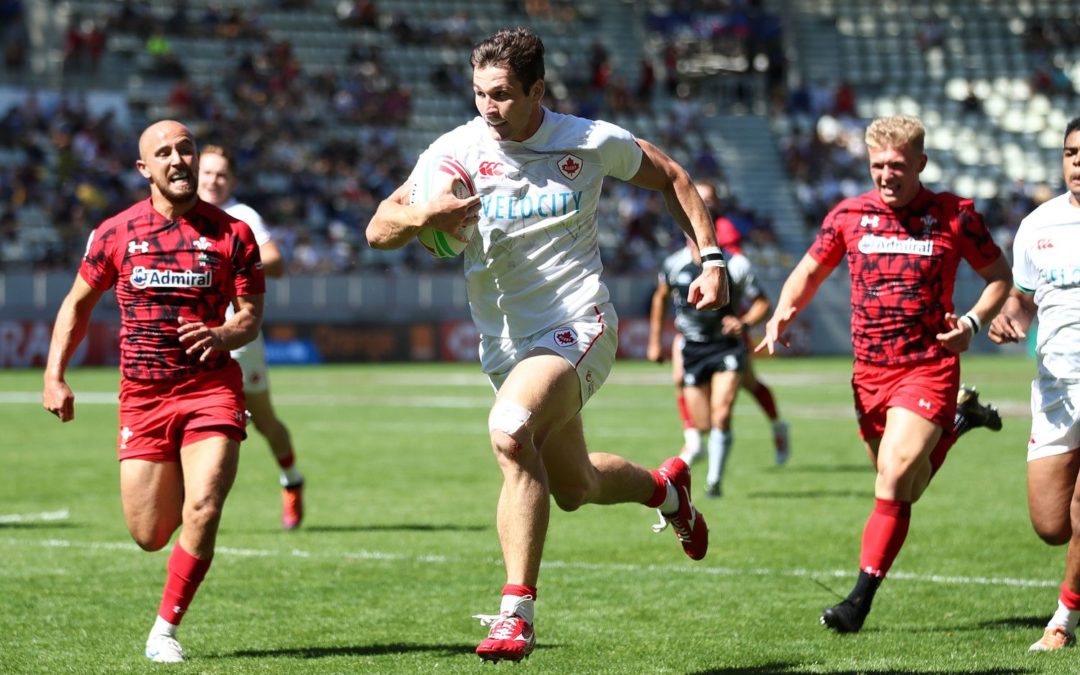 A total of 42 matches will be played over the weekend on July 6th and 7th at the 3,000 seat Truman Bodden Sports Complex. The tournament gets underway with Mexico women taking on St. Lucia at 10:00 a.m. local time on Saturday, with the final match being the men’s cup final at 5:14 p.m. on Sunday afternoon.

For the men’s competition, the tournament serves as a regional qualification event for the Games of the XXXII Olympiad Tokyo 2020 to take place July 24 through August 9, 2020, in Tokyo, Japan.

The men’s tournament sees the eight teams split into two pools of four, and each nation will play the other members of their pool on the Saturday, receiving three points for a win, zero for a loss and one for a draw. At the end of day one, the pools will be ranked one to four based on points accumulated and then crossover in Sunday’s quarter-finals based on 1 v 4 and 2 v 3. Similar to a World Series event, Sunday will see a knock-out format through to the semi-finals and finals.

The women’s competition sees a round-robin format where each country will play the other five throughout Saturday and into Sunday afternoon, with teams receiving three points for a win, zero for a loss and one for a draw. At the end of the round-robin, the teams will be ranked 1 through six and the top two will compete in the cup final, the next two will face off in the 3rd/4th match and the final two in the 5th/6th game.

Canada and USA Women’s Sevens teams officially qualified this past weekend finishing in the top four of the HSBC World Rugby Women’s Sevens Series, sending the top two women’s winners of RAN Sevens to the Repechage tournament, due to take place in June 2020. They will be joined by the 2nd and 3rd place men’s teams from the RAN Sevens weekend.

The 2018 RAN Sevens was last held in Barbados with Jamaica Men and Mexico Women grabbing the first place titles.