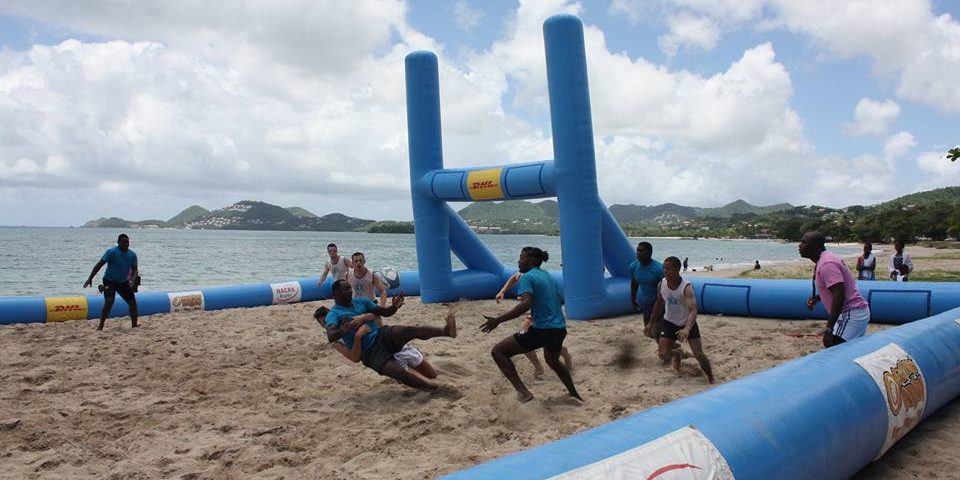 Vigee Beach was alive with excitement on 16 July 2017 as Saint Lucia Rugby Football Union hosted the 2017 Carnival Beach Rugby, an annual signature event for the Union. Six male teams which included Vikings, a team representing Saint Vincent Rugby Football Union, and United Through Sport, a team of volunteers from UK. The female category was composed of Whiptail Warriors, Veterans and Stinger Rugby. The one day tournament was welcomed addition to the Carnival long weekend. Rogues Rugby Team dominated the male category taking home the US $1000.00 cash prize while the Veterans took home the prize money in the female category.

These are the final points standing of each team following the round robin format of the tournament:

The Union is grateful to the Saint Lucia Olympic Committee for sponsoring the event. SLRFU also recognizes Sandals Foundation, other corporate and individuals who made contributions to make this event a success. SLRFU hopes to make this an annual signature event on the rugby calendar in the region and also a St. Lucia Carnival fringe event.