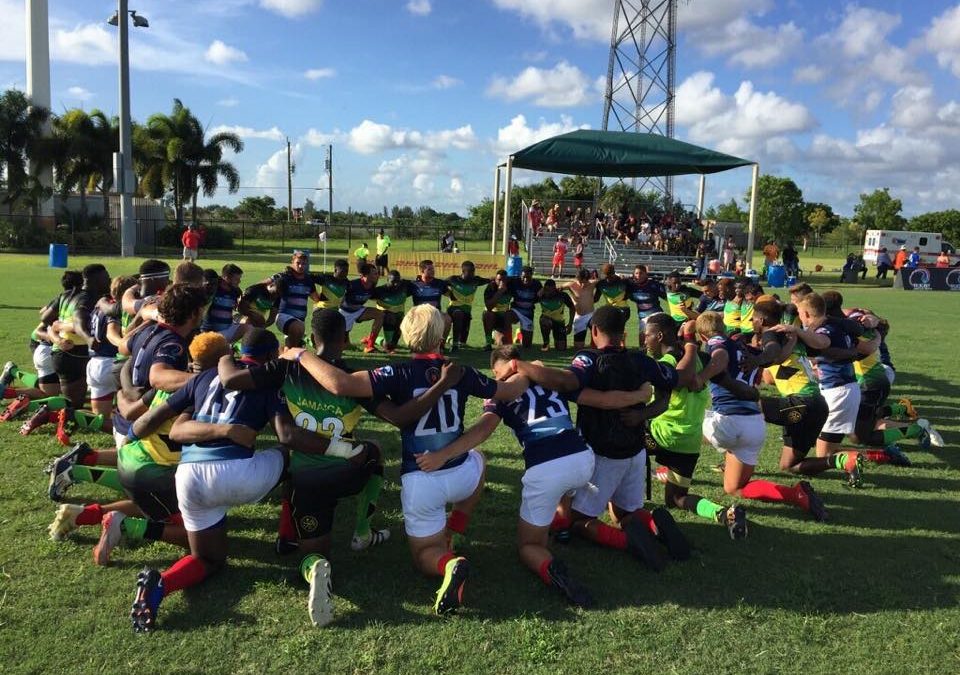 Lightning delays have slowed down the start times of many of the games here at the RAN Championships, but these delays have done nothing to hinder the lightning displayed by the teams in Round 2.

Bermuda came off a tight win over Cayman Islands, much to the credit of their speedy outside centre Alan Doyling. This tournament has seen Bermuda play a strong defensive structure and a tactical kicking game from their FlyHalf Jamin Hodgkins, but neither would be enough for the USA South offensive onslaught.

The Panthers have been able to bully teams in the forwards with a major size advantage allowing even the strongest of defenses to get sucked in.

The forwards have driven the attack but it was the backs that did the scoring, tries from: Zach Rademacher, Marcelo Gutierrez, Oliver Kennett, and two from the player of the game and leading try scorer of the tournament Nik Koumandarakis. With a 54-0 win over Bermuda USA South will advance to the final to play Mexico for the third year in a row.

This was certainly the game of the tournament thus far. Mexico’s tactical play in the first half allowed the Serpientes to dominate possession, but two long tries from Trinidad’s Jerron Pantor and Isaiah Small put Trinidad up with an early 13-3 lead. Mexico kept making minor adjustments to their game plan and put a try on the board early from their captain Franco Andres Guerrero. Pantor was the player of the game as he slotted penalty after penalty and even a drop goal to help extend the lead.

Yet Mexico was able to put long drives together and eventually put two late tries together to overcome Trinidad’s eleven point lead with only 5 minutes to play. This game was dejavu to last years semi-final as Trinidad again blew a 11+ point lead in the second half. Mexico will advance to the cup final to face USA South for the third straight year.

Jamaica’s starting lineup was slightly altered as two of their players were cited for foul play in their first match, but the depth of their squad pulled through and carried the team against Cayman. Cayman was led by their eight-man Dylan Bostock as he was able to break the line frequently, but the Jamaican’s were strong in the tackle and often poached Cayman ball.

The speed and offload ability of Jamaica was clear for all to see as all four of their tries came from winger speed and team offloads. Jamaica will play in the 5th place match vs. USA South B.

USA South B vs. Turks & Caicos

Turks & Caicos was finally able to get their lineup together with scrumhalf Karo Outten returning from illness. Turks took an early 7-0 lead capitalizing on a USA South handling error.

The strength of the USA South B forward pack was the highlight of the match as USA South would score 44 straight points. Forward tries came from Felipe Giordanino, Isaac Bales, Doug Vawter, Noah Meneses (2). USA South B will play for 5th place against Jamaica on Friday.