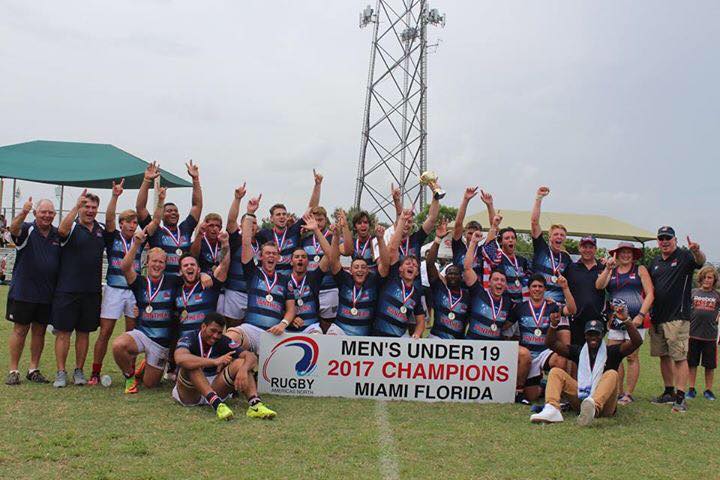 The final round of the tournament was action packed and the yellow card was ever-present. When the dust settled the USA South Under 19s walked away raising the trophy as back-to-back champions after defeating Mexico for the second year in a row.

Mexico was up against a tall task facing USA South as the Panthers had yet to be scored on in tournament. This would be the third year in a row the two powerhouses would face each other in the final. 2015 saw Mexico take home the cup 24-0.

Then in 2016 the Panthers responded with a 26-10 victory over the Serpientes. Dominant play from both forward packs allowed each team to drive deep into opposing halves. Then came the penalties, each team frequently drew penalties at the break down. The Panthers tap-and-go led to a Jack Freixa try but Mexico responded quickly with two kicks from Flyhalf Santiago Maya. The penalties would keep coming as the referee gave out 4 yellow cards in the game. Calvin Gentry would be the player of the game as he put on a two try performance securing the 19-6 win for the Panthers.

In 2016 Trinidad made it to the semifinals where they blew a 12 point lead in the second half. In 2017 Trinidad demolished Turks & Caicos to face Mexico in the semifinals, and while Trinidad was up by 11 on Mexico they again blew a second half lead.

Trinidad was fast paced and fluid offensively throughout also displaying a strong blitz and cover defense utilizing the speed of the wingers Jabari Sandy and Isaac Small. Bermuda defeated a weaker Cayman side to advance to the semifinal but was no match for the Trinidad attack, Trinidad would take home 3rd place with a 38-3 victory over Bermuda.

Jamaica vs. USA South B

USA South B might have been a second side but they sure didn’t play like it this whole tournament. Losing to Mexico by only two points in their first game showed every team what they had including their own.

The B team guys set the goal of putting up more points on Jamaica and they did just that. 59-3 was a statement to the whole tournament that these second side boys would be around for years. The biggest statement came from the eight-man Noah Meneses who had four trys in against Jamaica, this feat was enough to lock up Meneses’ title as the leading try scorer of the tournament.

The 7th and 8th place game was a portrayal of two teams that were outmatched in their first two games. These squads lacked continuity and lacked attacking structure. But something they did not lack was passion for the game and willingness to come up and make a hit.

Throughout this tournament both Cayman and Turks had good defensive line speed and with this contest ending in an 18-10 Cayman islands victory it would be a Cayman interception try that would make all the difference. At one point in this match either team played 13 on 15 as four yellow cards were handed out. Next year I hope to see a more structured and disciplined side out of both of these squads.