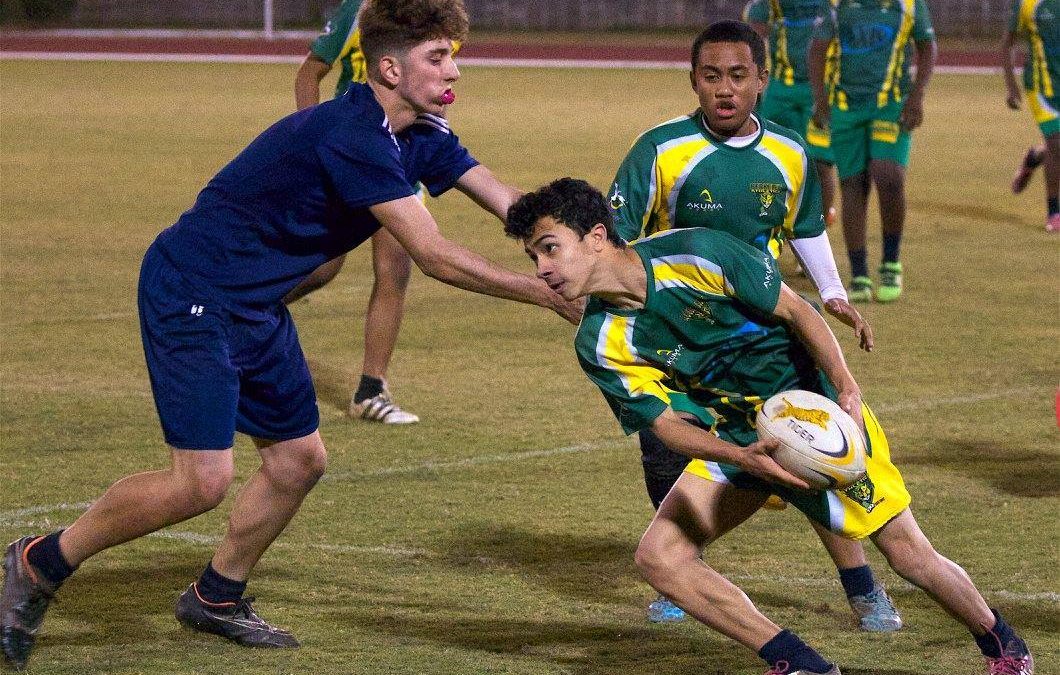 Bermuda Rugby Football Union announced the start of the 2017 Ariel Re High School League at a press conference at Police Field this week. The Ariel Re league started 3 years ago and last year was the first year they had a league structure in place.

“This year…we have an under 16s and an under 18s league in high school rugby,” said Noke. “The schools have embraced it and they see rugby as a sport for change.”

“I’ve definitely seen not only a player pool increase, but the standard of rugby has increased. And also what we want to do is foster friendships and relationships.”

When asked about the biggest challenges facing the growth of the sport, Noke mentioned the initial “stigma involved with rugby”. The sport was primarily viewed as an expat game by school programs, but with time schools and staff adopted rugby and it is now played predominately by local Bermudian students.